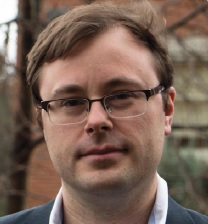 
"In the midst of prosperity the mind is elated, and in prosperity a man forgets himself; in hardship, he is forced to reflect on himself, even though he be unwilling."

"History ought never to be confused with nostalgia. It's written not to revere the dead, but to inspire the living. It is part of our cultural bloodstream, the secret of who we are. And it tells us to let go of the past, even as we honor it; to lament what ought to be lamented; and to celebrate what should be celebrated."

- Simon Schama, "A History of Britain"

"If a nation expects to be ignorant & free, in a state of civilization, it expects what never was & never will be."

King University has always been a part of my life. My parents both attended King University, and it was there that they met each other in the fall of 1972.  Two years later they were elected Dogwood King and Queen.  While at King, my father was a student of Dr. Thomas Peake and Dr. Bill Wade.  Under their guidance he found his passion for history, which he passed down to me.

I received my bachelor's in history from East Tennessee State University in May of 2008, followed by a master's degree in history in the summer of 2011.  As a graduate student at ETSU, my research centered around the Irish Rebellion of 1641, culminating in my master's thesis on the role of women in that conflict.  As a graduate assistant, I worked with the Teaching American History Grant, a federal grant program that sought to provide historical documents to local middle and high school history teachers.  During that same period, my father and I worked for Rocky Mount Historic Site, where we were hired as freelance historians to find documentary evidence of Rocky Mount's original construction and location.

“Unfit to Rule: John Tatham’s The Rump: or The Mirrour of the Late Times in Historical Context,” presented at the 37th annual meeting of the South Central Society for Eighteenth-Century Studies, Asheville, North Carolina, February 23-25, 2012.

“Irish Women in Rebellion: Irish Catholic Women and the Irish Rebellion of 1641,” presented at the 2011 meeting of the University of Virginia at Wise Medieval and Renaissance Conference, Wise, VA, September 15-17, 2011.